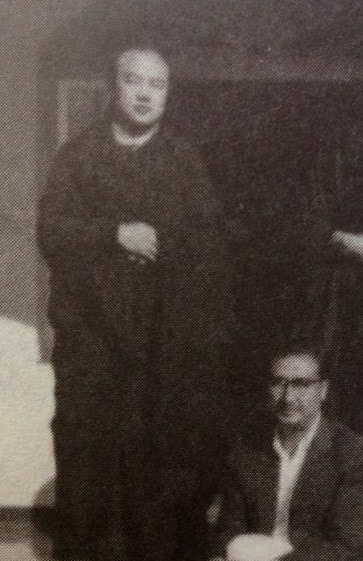 
Further travel in a bullock cart

Things did not always work out as planned during Karmapa’s travels, as Gyan Jyoti, who accompanied the Karmapa on his way home, recounts.  This time when Karmapa left Kathmandu it was by air. He flew to Jhapa, a tiny village in eastern Nepal. Despite Lok Darshan Bajracharya’s (the private secretary of Mahendra, the crown prince of Nepal) assurance that transport would be arranged for them at Jhapa for their onward journey to the Indian border, there was no transport awaiting them on their arrival. Gyan Jyoti managed to hire a belgari–a bullock cart–for their onward journey. The tired travelers reached Bhadrapur after an hour or so.
In the border town to India lived another sponsor of Karmapa who immediately provided him with a car for his use. However, no Nepali vehicles were allowed to enter India. So the driver brought the three travelers to the border and left them, along with the six boxes containing the gifts that Karmapa had received in Nepal, just behind them on the dusty roadside. Imagine: The Living Buddha Karmapa resting as comfortable as possible on one of the boxes in the heat on the edge of the dusty road! No one knew how long they would have to wait for the next public bus at this lost border post. Soon after an Indian police jeep approached: The boxes had attracted the suspicion of the two police officers and they wanted to control the Gyalwa Karmapa, as smuggling was flourishing between the two countries. In one of them was the Black Crown, and fortunately Mr. Jyoti at the last moment was able to prevent the officers from opening it, showing them a letter in which the Indian Foreign Office asked, “that all necessary assistance be given to the bearer of the letter.” Only now did they see the Karmapa and, as Mr. Jyoti remembers, “the overbearing attitude of the police officers changed dramatically. They immediately offered to take the Karmapa to Rumtek in their Jeep.”[1]

Such small obstacles didn’t really seem to bother Yishin Norbu–whether he travelled in a palanquin, an airplane or on a bullock cart, it made no real difference for him. Whatever happened and however the situation unfolded, he was at ease with it.
For his companion Gyan Jyoti, on the other hand, all this had certainly not been easy.

[1]Kansakar Hilker, D.S.: Syamukapu, the Lhasa Newars of Kalimpong and Kathmandu, Vajra Publications 2005, p. 83/84.
© From: Gerd Bausch: Radiant Compassion. The Life of the 16th Gyalwa Karmapa, www.edition-karuna.de. Please feel free to share the extract, but give the source and the weblink. Many thanks!